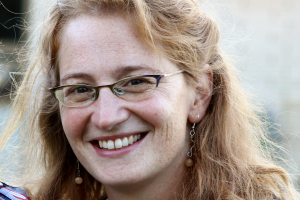 Teacher Merry has been leading classes at Brooklyn Preschool for over 15 years! She was even a family -teacher in our Brooklyn classroomswhen her two daughters were in preschool. As a child, she attended a cooperative preschool in North Portland.

Before becoming our teacher, Merry worked as our nursery provider for 2 years. She began teaching our Lions class in 2006 and became the teacher of both our Lions and Dragonfly classes in 2013.

From 2008 to 2011, Teacher Merry served on the board of directors at the Parent Child Preschool Organization of Oregon and Washington (PCPO). She has been a member of the National Association for the Education of Young Children (NAEYC) since 2005. In 2013, Merry was honored with a Parent Cooperative Preschools International (PCPI) District Award for her commitment to cooperative preschools.

As a longstanding member of the co-op community, Teacher Merry brings a wealth of knowledge and dedication to Brooklyn Preschool. 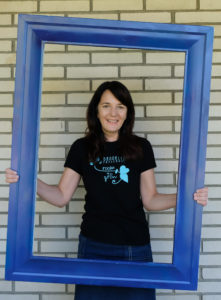 Teacher Nicole’s experience with cooperative preschools began when she was a 3-year-old student of Mrs. Cross at Lake Oswego Cooperative Preschool. She found Brooklyn Cooperative Preschool back in 2008 when she was looking for a co-op preschool for her daughter that could provide the enriching environment and community connections she experienced as a child. Since then, her involvement with Brooklyn has included Substitute Teacher, Fundraising Coordinator and Board President as well as being on staff as the Nursery Provider for the past five years.

Nicole became our Jellyfish teacher in 2018 when Brooklyn launched its successful 2 year-old program and has been teaching our 2s class while maintaining her Nursery Provider position since then.

Outside of Brooklyn, Nicole has also been deeply involved at Duniway Elementary School on the PTA as Green Team coordinator as well as in many of its classrooms.

Nicole is a strong advocate of cooperative preschools and believes the shared learning atmosphere they offer provide lifelong benefits for both children and parents.

You can meet Teacher Merry and Teacher Nicole
at our open house!